Joey Hudy has been described as many things, including one of the 10 most brilliant kids in the world. He is a self-described “Maker” or someone who designs and builds things on his own time. Joey’s infamous “extreme marshmallow canon” made news when he launched a marshmallow across the East Room during the 2012 White House Science Fair. Another milestone for Joey is being appointed the youngest intern at Intel. At 16 years old, he has already achieved multiple accomplishments, including a solar-powered computer he submitted at another science fair. It’s that type of innovative thinking that helped Intel CEO Brian Krzanich hire Joey when they met at the Rome Maker Faire. Joey even has a personal credo that he has on business cards he passes out – “Don’t be bored, make something.” We couldn’t agree more, Joey.

Much like Joey, NEC also believes in “building something,” and we are also joined Intel recently when it released the new Intel® Xeon® processor E7 v2 product family. It’s the innovation of those chips that supports NEC’s latest enterprise server – the Express5800/A2000 (A2000) series server – providing a new class of server that manages big data projects, among others. In fact, the A2000 series server offers RISC-class availability, and is at least twice as fast as previous enterprise servers, making it ideally suited for enterprise mission-critical use.

Build with Innovation in Mind

When the NEC team makes a decision to “build something,” our standard is to empower it with innovation. The reality is that developing a new line of servers is certainly important to helping our clients’ growth, but it is even more powerful if we can help them reach new heights by combining technology for rapid transformation of their data centers, including virtualization. This is certainly the case when you combine the A2000 series server and software-defined networking (SDN).

With the advent of cloud technology and the continued need to process larger amounts of mission- critical data, it became time to rethink networking. NEC’s SDN offerings leverage the OpenFlow protocol in the ProgrammableFlow® networking suite. Combining SDN and the A2000 series server provides both server and networking virtualization that addresses the inherent challenge of inflexibility found in many IT data centers today.

Now, it is feasible to virtualize tier 1 applications with confidence. With its enhanced featured set, the A2000 series server provides excellent uptime and predictive failure analysis tools so that thresholds are continually monitored and SLAs are met.

It is this combination that intrigued NEC customer Edgenet, Inc., which collects, optimizes, and distributes data used by online retailers, search engines and consumers. Its systems process data for millions of products. Mike Steineke, VP of IT at Edgenet, had this to say:

“When you run applications that are mission critical and have high SLAs, it’s essential that hardware used in the infrastructure design mitigates the risk of downtime. NEC’s server architecture and engineering design were the biggest influence on our decision,” said Steineke. “The A2000 series server is engineered to offer advanced RAS features, such as redundant service processors or increased number of enhanced I/O slots, which Edgenet needs to provide continuous operation and performance. We are looking forward to combining the A2000 series server and ProgrammableFlow technology integrated with Microsoft’s SCVMM and Hyper-V to deliver improved management, reporting, quality-of-service, and dedicated resources for customer facing applications. It is this type of comprehensive solution offering that puts NEC at a level ahead of the competition.”

From Marshmallow Canons to Big Data

The A2000 series server offers up to 4TB of memory, making it an ideal platform for running in-memory databases. This capability supports rapid decision-making and large-scale analysis of complex data. The ability to analyze complex, robust data in minutes, rather than hours, provides opportunities for businesses to maximize profitability through greater access to important information.

There are other benefits as well, including having a smaller footprint and custom configuration options for performance requirements. In fact, there are exceptional levels of availability with this server for mission-critical applications, providing a better option over RISC. Some of the interesting technology benefits include:

While the A2000 series won’t be launching marshmallows inside the White House, it will launch your business to new levels of reliability, flexibility, and cost savings. You can find more information on the A2000 series at www.necam.com/ExpressServer.

Gartner, in their research note, Ending the Confusion about Software-Defined Networking: A Taxonomy, published in March of 2013, states that “SDN is a new approach to designing, building and operating networks that support business agility. SDN brings a similar degree of agility to networks that abstraction, virtualization and orchestration have brought to server infrastructure.” If your company or organization is seeking agility, if competitors are nipping at your heels and the management team is constantly trying to move faster, more efficiently and innovatively, you will want to explore the benefits provided by this transformational technology: Software-defined Networking. 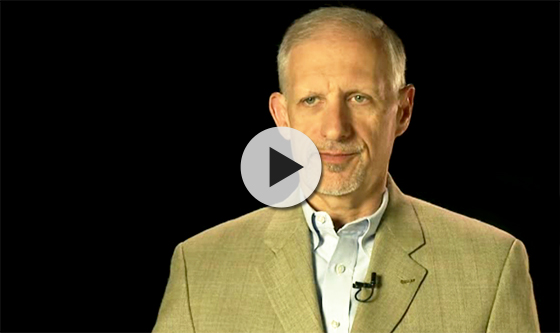 NEC has seen real benefits unfold for customers operating with ProgrammableFlow SDN in production today – some customers now with the PF6800 controller and OpenFlow-based switches have been functioning effectively for 2 years (including NEC’s own software development organization)! Examples of these key benefits have included:

Learn more about the transformative benefits you can expect with this break-through technology. Watch the video today, and contact NEC to arrange your SDN pilot in 2014.

As the polar vortex recently bore down on much of the Midwest and East Coast, bringing lots of snow and multiple headaches, the topic of remote working comes to mind. Seasonal events such as heavy snow—not to mention the ice storm that paralyzed parts of the southern U.S. in early December—can disrupt businesses as well as daily life in many ways. Lack of electricity, canceled flights, delays or shutdowns in local transportation all have an adverse affect on daily activities.

Keeping a business operating at optimal levels when employees can’t make it into the office quickly becomes a problem. The losses in productivity and resulting lost business can mount up fast.

Luckily for today’s businesses, technology exists so that many employees can perform their jobs remotely as seamlessly as if they were in the office. For example, cloud-based Unified Communications as a Service (UCaaS) enables employees to work remotely, helping to keep things running at the business. Communication tools such as softphones, instant messaging, and audio and video conferencing help dispersed teams collaborate and work on projects even when the weather outside is frightful.

Enabling employees to do their jobs even when they can’t get into the office keeps them safe during dangerous travel conditions, but it also means not losing employee productivity over the course of the weather event.

Other cloud services can make working remotely a reality as well. For instance, Desktop as a Service (DaaS) means moving an employee’s desktop to the cloud and making it accessible anywhere, anytime by an Internet-enabled service. Virtual desktops can be linked through a private network connection to a secure, remote data center far from the bad weather. Best of all, desktops in the cloud look and behave as if they are part of a corporate IT environment. Customers and employees won’t notice a difference in the quality of service.

Plus, the ability to deploy, manage and support desktops through DaaS reduces costs and eliminates the complexity of deploying and managing virtual desktops. Hardware costs can be reduced by nearly 60% and easier management means lower operating costs. Other benefits of DaaS include:

SDN can help businesses keep their mission-critical processes up and running. Using OpenFlow technology, an SDN solution centralizes control of the network and automatically monitors network traffic, distributing it according to pre-defined policies and constantly updated network resources and traffic conditions.

Think of a delivery truck’s route from point A to point B. If the truck runs into bad weather conditions or an accident on the route, the driver can access a traffic monitoring app such as Google Turn by Turn to identify and then access another route quickly. The driver is able to quickly re-route the truck so that it doesn’t lose any more time in making its delivery.

So, when bad weather strikes, having the right tools and technology in place to enable mobility among your workforce can make a real difference. Consider including UCaaS, and SDN solutions in your disaster recovery plans to help create a safe and secure environment that protects your data and applications and keeps your businesses running.

To learn more about these solutions follow the links below: 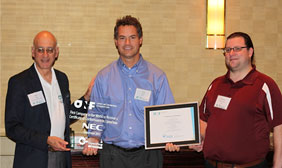 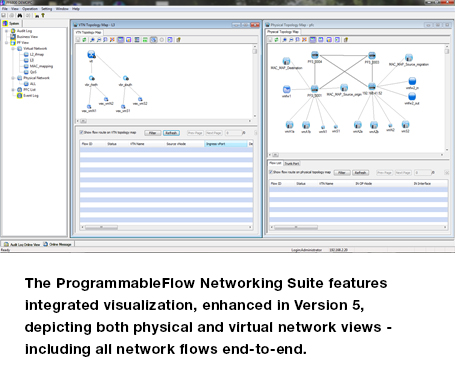