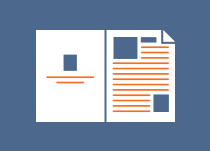 Designed for public safety applications in the field, NeoScan 45 delivers the highest degree of speed and accuracy for mobile fingerprint roll and plain capture,including simultaneous two-finger capture. This innovative solution from NEC is simple to use, and features a large (1.6” x1.5”) scanning platen for better image quality and greater accuracy,as proven by NIST (National Institute of Standards and Technology).

The NeoScan 45 mobile fingerprint collection device is a Fingerprint Acquisition Profile (FAP) level 45 device and at .68 inch (17.3 mm) thin and only 9 ounces (217 grams), it is the thinnest and lightest fingerprint capture device on the market today. Compatible with wireless communication protocols such as Bluetooth and WiFi, the device can be integrated with smart devices with Apple® iOS and Android® operating systems, including the latest Apple iPhone 6, 6 Plus and Samsung Galaxy models.