We are getting ready for an exciting event next Tuesday, September 10, at the Tech Mart in Silicon Valley (Santa Clara). NEC Today followers who are unable to attend can view it live on this web site The Software Defined Data Center (SDDC) Symposium, which will be produced by Packet Pushers, SDN Central and Tech Field Day, and sponsored by NEC. This event was sold out shortly after being announced a month ago, and promises to be a real winner with a keynote appearance by Alan Boeheme, Chief of Enterprise Architecture at Coca-Cola Company, talking about how Coca-Cola is building SDDCs. 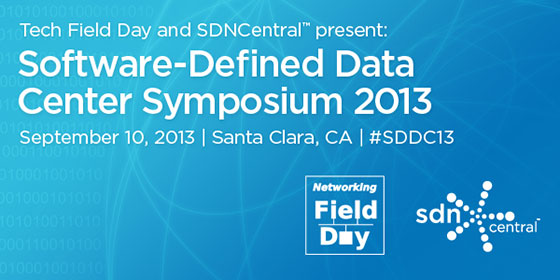 Hosting panels on a variety of topics in the afternoon will be Jim Duffy, editor-in-chief of Network World, Greg Ferro of Packet Pusher fame, Ivan Peplnjak of iosHints (leading the panel on SDDC Architecture), and Tom Hollingsworth of Network Field Day and Gestalt Media. We are looking forward to hearing what all of these luminaries have to share!

Presenting from NEC will be Don Clark, director of business development, who will speak beginning at 9:30 a.m. PST. Don will describe the role of openness, visibility and programmability in the Software Defined Data Center and how business that embrace SDDC are driving higher levels of agility and efficiency. Since the event is sold out, NEC has chosen to stream it live from this NEC Today page. So come back here next Tuesday at 9:30 a.m. PST to view Don’s presentation!

Also featured on the agenda is Samrat Ganguly, NEC’s chief architect for ProgrammableFlow, joining a panel moderated by Ivan Peplnjak at 2 p.m. PST and discussing next-generation Software-defined Data Center Architecture. Finally, you won’t want to miss David Cheperdak, NEC ProgrammableFlow systems engineer, on a panel from 4:15-5p.m. PST as he discusses with colleagues, including Tom Hollingsworth, how applications are changing the way a typical SDDC is designed and implemented.

NEC is pleased to invite you to the “Symposium after the Symposium” beginning at 6:30 p.m. at the Tech Mart. Join us for a discussion of the day’s events and findings. And be sure to check back here on Tuesday for all of the presentations streamed via live video feed!